This sure is a breakthough in vegan cuisine.   A short while ago there was talk on FB somewhere that if you beat the liquid from a can of chickpeas (called – aquafaba), then it will froth into a meringue, and they weren’t wrong either. I adapted this theory, and was not interested in just making a meringue. I had done that a year or so ago with other ingredients, but I was intrigued with this, and set out to create something far more fascinating that I had long, long missed. ‘Mousse au Chocolat’ – I tried it and I almost collapsed with the result (I had not seen this mousse made in this way on the web before). It worked as perfectly as if I had made it with egg white. I shelved it, and now I’ve decided to publish it for the world to enjoy ! And make no mistake, here you are 100% going to fool any carnivore.

No eggs, No cream, No gelatin, No Cholesterol, No soya, No gluten, No nuts, No avocado, No coconut cream, No flaxseed, No chia seeds, just the magic of a commonly used brine, sweetener and dairy-free chocolate, a few sprinkles of the imagination, and voila – the most delicious airy chocolate mousse.

the liquid of 1 can of chickpeas (around 125ml)

1-2 tsp of either stevia, or confectioner’s sugar/icing sugar

a pinch of salt

Bain marie your chocolate – melt in a bowl placed over a pan of simmering water. Take the pan off the heat but keep the bowl over the hot water – then remove it, and allow it to cool down whilst you prepare the next stage.

Beat the liquid of your chickpeas, I used an electric whisk for mine (or use a handheld whisk) – whisk until peaks form and you have created a meringue, then add the remaining ingredients except for the chocolate – whisk for another 15 seconds.

Now gently fold in the chocolate (make sure it has cooled down, don’t just chuck it in the middle of the whisk, pour or spoon gently) with a spatula, and very slightly stir it, just enough to incorporate it.

Tip from Lily in the comments :

For those who experienced graininess- I think it can happen if the cold whipped aquafaba goes into the heated chocolate and that it causes the chocolate to seize up and turn into bits.

I had the same problem when I first tried it. I again used 70% cocoa chocolate, so I don’t think it’s the chocolate type.

I heated the chocolate in the microwave.

I solved this by adding 1 tsp of vanilla extract to the heated chocolate and this ‘slackens’ it. The mix went slightly thicker and cooled down slightly, then I immediately added the whipped aquafaba mix. 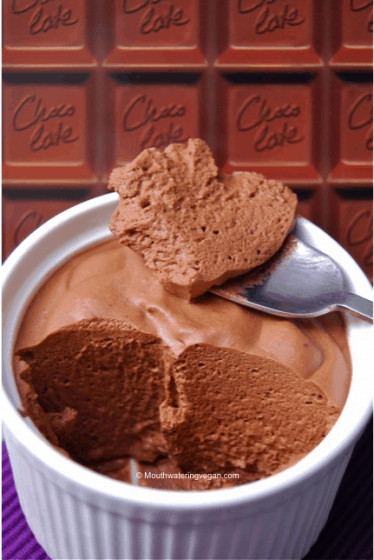 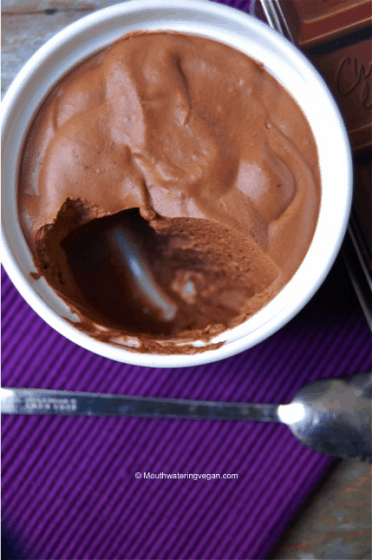 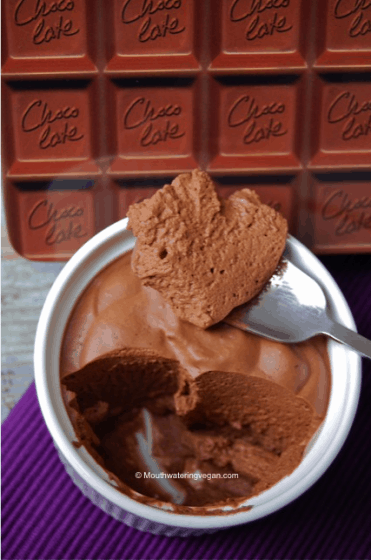 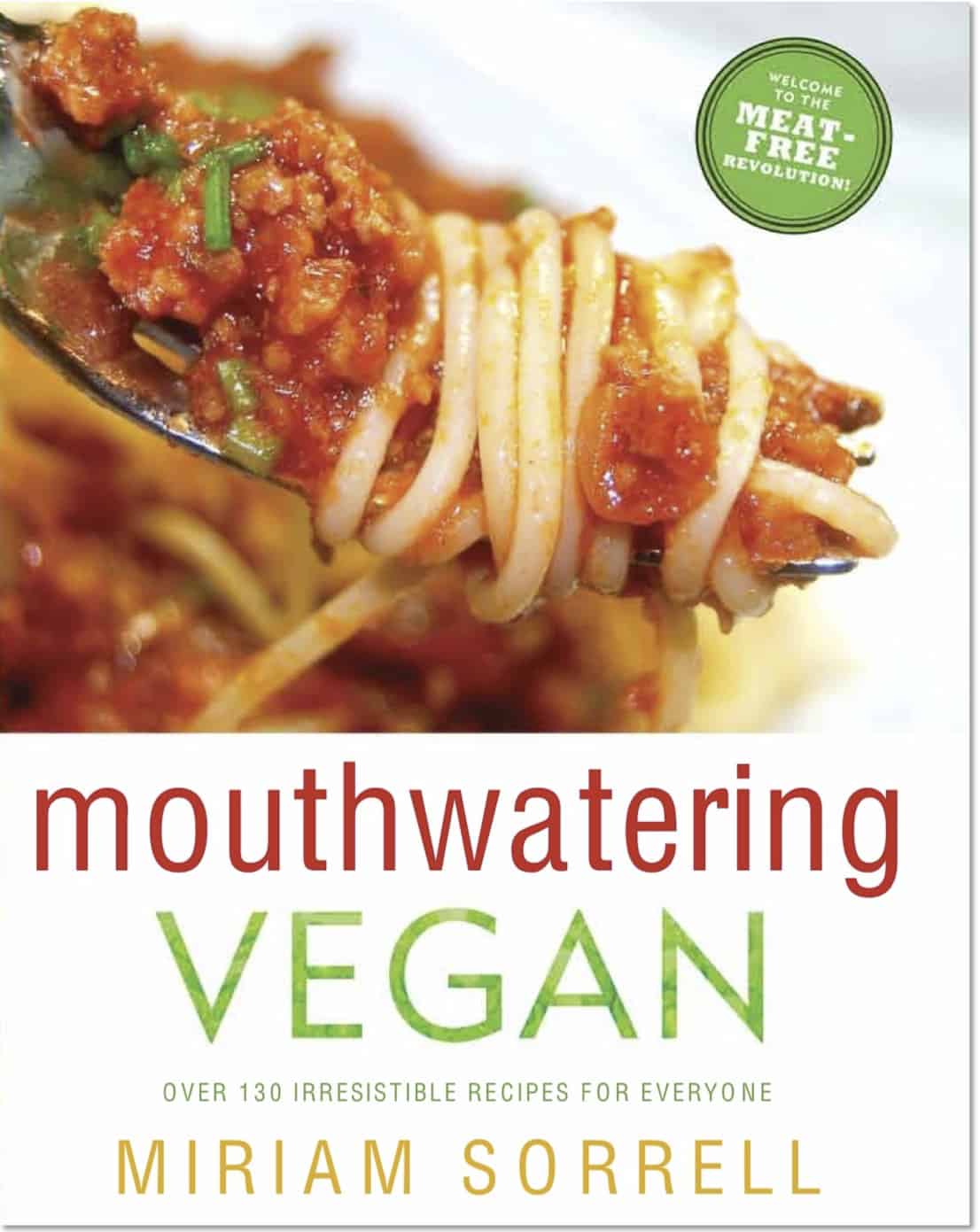