My food is luscious, sensual, mouthwatering, rustic, exotic with Middle Eastern and Mediterranean flair and dynamic, occasional Asian elements with my own twist. As my heart embraces these cuisines that I have grown up with - they are at the heart of my soul and adorn the family table. I always get excited by the colours, aromas, textures, dynamic, mouthfeel, and explosion of taste.

Hi, I'm Miriam, I am the award-winning recipe developer, photographer and author of 'Mouthwatering Vegan'. It's been a decade since I started this blog, and at the time I couldn't have imagined just how powerful the vegan movement would become, and I feel humbled and gratified to have played my own small part in helping increase awareness by promoting the obvious virtues for both ourselves, all other sentient beings and our precious earth, of embracing a vegan diet and lifestyle. Every day I can be found in my kitchen creating vegan food, and my time is divided between practical work, and online work - blogging and communicating my recipes and thoughts on social media. I am a huge animal lover, and became vegan first and foremost for ethical reasons.

My background was certainly anything but conventional. Born in London to a Greek Cypriot father, and a Greek mother from Athens, but with smatterings of Maltese, Italian and Turkish roots, I was brought up in a foodie environment, with my father owning a successful restaurant in London’s Charing Cross Road for many years. I then moved with my family to Malta aged 7, where I schooled, and I have since divided my time between Malta and the UK, also trained as a holistic practitioner, advanced nutritionist and counselor, and having established myself as a successful abstracts artist.

My underlying passion, however, has always been food and cooking, and I am my happiest when I am working my alchemy in the kitchen. Always an enthusiastic host and entertainer, I would routinely cater for large gatherings of family and friends, somehow always managing to magically synchronize main dishes with sauces, veggies, and all the other trimmings, to deliver a sumptuous spread to the table for all to enjoy. Then inevitably I would be reprimanded for not writing ‘that cookbook’, or for not opening a restaurant myself. Time always being the challenge.

Fortunately, these comments did not fall on deaf ears, and it was when I decided to become vegan for ethical reasons around a decade ago, that I took serious heed of this well-intentioned advice from over the years, and committed to channeling my creative energies into a more structured medium, and started my ‘Mouthwatering Vegan’ blog in 2010. 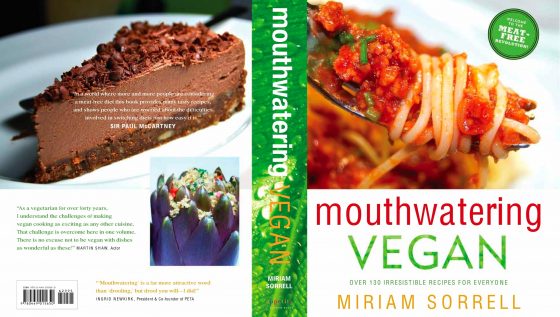 In 2011, I was contacted by Random House, interested in publishing a cookbook with me. The next eighteen months were spent creating, testing, and refining recipes for the book – not forgetting that I shoot all my own images. The final pages were safely delivered before deadline (including an eleventh hour endorsement form Sir Paul McCartney), and ‘Mouthwatering Vegan’ was published in June 2013. Worldwide sales have been very satisfactory, and to date it has almost 300 Amazon reviews, the vast majority being 5 star.

In 2014, I launched my artisan vegan cheese

brand ‘MIDAS Fine Art Cheeses’ online, and was overwhelmed by the immediate response, as far more orders than I had anticipated (or could realistically cope with) flooded in, including wholesale orders from vegan cafes and restaurants across Europe. I even shipped some cheeses over to a few well-known vegan friends in the US and Australia, and received feedback that these were better than any of the vegan cheese they had tasted in their own countries. My ‘Mature Stilton’ was even nominated at the 2015 UK VegFest Awards, unbeknown to me, and came a close second to Violife, beating well-established brands that have been available across the UK and beyond for many years.

2016 saw the publication of ' Yasou ’, which launched at that year’s London Book Fair. This was an important book for me, as many of the recipes were veganized versions of dishes that I grew up with, and I relished the challenge of reinventing them with plant-based ingredients, whilst retaining their essential characteristics. When friends from Greece, Lebanon and Israel all wrote saying they approved of the new versions, I knew I had achieved what I had set out to do.

As the surge in vegan popularity continued to grow, I considered carefully my next steps. By 2017 I had been a frontline spokesperson on vegan and animal issues for many years, and had spent a vast amount of time, energy and money on contributing to increasing public awareness, advising and guiding people (often one-to-one) who needed my help in transitioning to a vegan diet. Nearly all of this work I had willingly carried out on a pro bono basis, with my reward being the satisfaction that I had helped to reduce the number of animals being exploited, abused and slaughtered for human consumption. However, with the vegan movement now propelling forward exponentially, and the vegan market exploding, I was coming to realize the need to also concentrate on how veganism fitted within the context of a larger, more profound ethical universe.

I was deeply honoured later in 2017 that 'Mouthwatering Vegan' was personally selected by PETA Founder & President Ingrid E. Newkirk to present to 25 influential Members of US Congress on Capitol Hill.

It only remains for me to thank my friends and the wide circle of loyal supporters who have backed my work and activities through the years, without whom I would not even be in a position to contemplate my next steps forward in my mission to turn the world vegan  - so from the bottom of my heart I thank you for still being here with me. 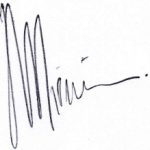